I love living in this new golden age of possibility; where anybody can–poof!–proclaim themselves an ad professional or an ad agency without any experience, training, credentials, or a resume in actual advertising.

So, I’ve decided, even though I do have experience, training, credentials, awards, and a resume in actual advertising since sabertooth squirrels scampered in the treetops, I’m going to change my profession, too.

That was so easy!

Easier than advertising, in fact. And pays more.

What qualifications have I to be a brain surgeon? Good question. That shows you’re a smart shopper when it comes to researching neurosurgical services. You don’t let just any plumber poke his latexed fingers around in your septum pellucidum.

First off, I have an unbridled passion for excellence…in brain cutty stuff. And a relentless drive for innovation. With Dr. Jeff, Professional Neurosurgeon, the patient comes first. And that’s a promise you can bank on. Also, I have a Dremel Tool with a whole case full of attachments, handy for removing the tops of skulls, but also perfect for all those delicate jobs within.

Got a nagging tumor pressing on your optic chiasm? A hard-to-reach itch in your cingulus gyrus? An unsightly lump on your temporal lobe? Call Dr. Jeff, Beloved Neurosurgeon to the Stars. We’ll even manicure your pet rat’s claws while you wait to emerge from your coma.

Tired of paying through the nose for pre-frontal trans-orbital lobotomies? You’ll love all the money you save with Dr. Jeff’s competitive rates. And this month, buy one, get one free! In fact, bring in the whole family, and Dr. Jeff will do all of you together. We’ll make it a lobotomy party.

And to celebrate our Nation’s Independence from oppressive British medical licensing laws, we’re also having a special on trepanning all through July. Release those noisome demons causing you so many disturbing urges. Don’t delay, call today!

If you’re thinking,  “Hold on there! How can I be sure Dr. Jeff, Professional Neurosurgeon, will observe the highest standards of professional care with my valuable cranial assets?” Rest assured. I always wash my hands before every surgery. Dremel attachments, too! No extra charge!

I know. It sounds too good to be true. Don’t worry about that. Just concentrate on the “too good” part. After one of my surgeries, you won’t worry about whether anything is true ever again. 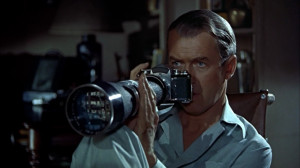 I was having a phone conversation with a friend the other day and we were talking about her experience with Solar City, a big brand solar panel installer. She mentioned that she had once met its founder, Elon Musk, at a dinner she and her husband had attended. I said I didn’t realize he was the founder and I went online to Wikipedia while we were talking to see what his relationship to Solar City was (he was one of the initial angel investors). That’s all. Just an innocent search to inform our conversation. Then we changed the subject and started talking about something else.

Almost immediately, though, I noticed I started getting ads for Solar City popping up on nearly every site I visited. My Facebook wall started featuring Solar City ads. Whenever I went to YouTube to watch an amusing animals-do-the-craziest-things video, there was a Solar City ad either preceding or blocking the lower half of the video. I’m getting e-mail spam from Solar City every day. It’s still going on after a week.

Needless to say, this Big Data Micro-Targeting is creepy as hell.

I know we’re all really cynical now since Edward Snowden blew the lid off the fact that our spy agency, the NSA, is spying. (“I’m shocked! Shocked!”) And that Google, Apple, Microsoft, Amazon, Yahoo, AT&T and nearly every other company are tracking our every move. We all know that. But it’s still creepy.

Google, for instance, seems to think it’s so clever that it can instantly start feeding you ads when you happen to search for a subject. It and other search and social networks are so smug that they can precisely serve up “qualified leads” to their advertisers based on your online activity. Advertisers love this because they think that they can get to you almost before your realize you’re in the market to buy their crap.

But what they don’t take into account is how unnerving it seems to us targets. Even if I was thinking about installing solar panels on my roof (which I’m not, Solar City, so back off!), the fact that I would be approached after a single search makes me feel violated. Like someone’s watching me from across the apartment block through a heavy lens.

How would you feel about a first date with someone who, during the course of the getting-to-know-each-other conversation, started revealing intimate details they already knew about you? That’s not attentiveness. It’s stalking. And it’s more likely to lead to a restraining order than a second date.

But these intrusive advertisers actually shoot themselves in the foot with their too-clever data-mining. They also come across like stalkers. And even when we spam them, block them, or simply don’t respond, their algorithms keep harassing us. I have to say that even if I were actually shopping for solar panels, or tires, or patio furniture, if I started getting ads for those things, it would creep me out so much that I would go out of my way to avoid buying from those advertisers.

It’s the same feeling as going into a store, browsing through the merchandise, and having a salesman follow you around inquiring if they can help you find something. That’s not helpful. It makes you want to punch them in the throat.

Then there’s the wrong assumption that we’re predictable cattle. It’s like they actually think we’d be flattered that they know what we want even before we do. Or like being married to someone who finishes your sentences for you…wrongly.

I find it so insulting, for instance, when Amazon tells me that other people who bought what I bought (to my embarrassment) also bought some other embarrassing title.  I could give a shit about what other people bought. It rubs it in my face that they think I’m a predictable cow,  just part of a banal, passive herd. Everybody likes to live in the illusion that each of us is unique. And for some marketer to contemptuously remind us that we’re not demeans us; it reduces us to a type and trivializes our illusion of free will and specialness.

Not only that, it reminds me that I’m not too proud of my tastes. It associates me with people I’d rather not spend any time with. I see that people who bought the boxed set of all three Lord of the Rings movies also bought The Hunger Games and X-Men. And I go, eeeeyew. I’m not one of them!

Amazon’s not the only presumptuous one. Apple’s iTunes also assumes, because it paws through my personal playlists, that it knows what kind of music I like and offers me the arrogantly named iTunes Genius service. See, they’re the “Genius” because they have a bot that already knows what I like. Which is always dead wrong. (Apple loves naming their various services “Genius”, have you noticed? They either really think highly of themselves or they don’t know what the definition of “genius” is.)

Then there’s the inability of Big Data to glean real human motivations from past purchase behavior. Years ago, when my daughter was making a quilt, I bought her a how-to-quilt book on Amazon. Ever since then, whenever I go to Amazon, they seem to assume that I’m still a big quilter and are always suggesting other quilting books (even the same title I already bought). Of course, they don’t care. It’s just an algorithm based on previous search or purchase history and what other people who bought that book also bought. No actual humans have to be involved. It costs them nothing. Except a creepy feeling every time I go to Amazon.

I think we’ve become way too enamored with Big Data and Micro-Targeting. Our recent ability to get in somebody’s face has, as marketers, caused us to lose sight of the Bigger Data of human reaction. People don’t like being spied on. They don’t like being sold to. And they especially don’t like being made to feel like they are nothing more than insignificant, predictable data nuggets.