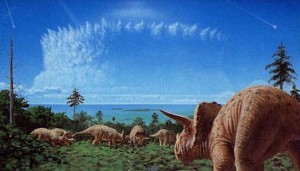 One of these two pictures is of something awesome.
Can you spot the difference?

There are some words that have been overused and abused and lately one of them is “awesome”. No, the word itself isn’t awesome…well, it is…but it isn’t, especially when it is used as a malaprop. I don’t need to clarify, right?

According to the Oxford English Dictionary, the first definition of “Awe” is

So unless that pizza you  took a picture of with your phone (a phrase that is guaranteed to confuse a time traveler from the past) to put on your Facebook Page is about to smother the surface of the planet in a tsunami of molten cheese, causing a mass extinction event not seen in 65 million years, it probably isn’t awesome. Neither is the vente soy caramel no-whip latte your barista pronounced as an “awesome choice” (except in its tsunami of planet-smothering adjectives).

The OED’s definitions of “awesome” itself are:

Note the third and last definition, “In trivial use…”

What bothers me, a writer, about the overuse of words like “awesome” is just this trivialization. Words like “awesome,” “passionate,” “content,” and “engagement” are used so frequently and without thinking that they soon lose all meaning, all the life sucked out of them. They end up like packing peanuts, bulking up our language without adding anything of value.

My grandfather, a farmer, used to say that a weed is any plant that’s growing where it doesn’t belong. Some words are like weeds, choking weeds. And “awesome” is the Himalayan blackberry of adjectives. Of course, if the Himalayan blackberries engulfing my backyard continue at the current rate, they are liable to become awesome.

My friends and family recognize this as a running joke with me (and roll their eyes). My co-author and business partner Cathey Armillas now uses the word “awesome” just to tease me (as she does with gratuitous exclamation points, another peeve of mine). And I, in retaliation, put two spaces after a period, which drives her crazy. We know how to goad each other. Other friends and colleagues also use “awesome” too much, but now, when they post or e-mail me, they put a smiley face behind it and tag me.(See? It’s a self-marketing device.)

So at least I’m getting them to be more conscious of it. (A ploy to get people to change their thinking and behavior–also marketing.)

English is a dirty language.

Some people are defensive about “awesome” and challenge my complaint with the argument that language evolves and the current usage of the word means, “something pleasant.” You know, democracy overcoming meaning. I’m not challenging that. After all, the current meaning of the term “terrific” means “wonderful” where it once meant “filled with terror.”  And the term “fag” once meant bundle of sticks, then cigarette, then a demeaning name for a homosexual, and now just a jerk, regardless of his orientation.  Or how the word “literally” which used to mean “in the exact, actual sense; not figuratively” now  also  means “intensely” or “figuratively.” English is terrific that way (in both senses of that word). Yesterday’s “decimated” (reduced by 10%) has come to mean reduced by 100%. Definitions are now crowd-sourced (see the many entries for “awesome” on Urban Dictionary).  And democracy always wins.

In fact, English is itself an impure language. It is a living, dynamic means of communication and evolves all the time. It’s a mongrel tongue.  In a way, it’s a hyper-creole. As it exists today, the majority of English words are not English at all (in the original Anglo-Saxon sense) but French, Hindi, German, Japanese, West African, Spanish, Dutch, or just made up by Shakespeare (an alien). The OED estimates that there are over a quarter million words in the modern English vocabulary. English just gobbles up other innocent languages and digests them, growing and growing to engulf the world. It’s the Himalayan blackberry of languages.

But that’s good because it means we have, on the tips of our tongues, a vast resource of expression. If language is power, we have one of the most powerful languages that has ever existed. So we should use it wisely.

George Orwell’s theory of language was that a limited vocabulary leads to limited capacity for feeling, or thought, or ideas. At least that’s what he has one of his characters say in 1984. The character, a word-destroyer in the Ministry of Truth, explains that “…the whole aim of Newspeak is to narrow the range of thought. In the end we shall make thoughtcrime literally impossible because there will be no words in which to express it. Every concept that can ever be needed will be expressed by exactly one word.” Like “awesome” for instance. Not being a psycho-linguist, I can’t answer to the validity of this theory, (well, I could, but I’m too lazy to look it up), but as a premise, it has persuasive appeal.

One problem with having just one default adjective for the whole range of positive feeling is that when it’s a word like “awesome” you’ve got no place else to go. If your pizza is awesome, what word are you going to use to describe a mass-extinction event? Or even just something a little nicer than that pizza? (I know, but it could happen.) You’re already bouncing against the ceiling of potential human reaction, like an escaped party balloon. You’ll just have to pop when the shock wave hits you. Speechlessly.

But this gets me to my real point. Finally. I’m not decrying the promiscuous use of the word “awesome” based on some Grandpa Simpson in-my-day crankiness. What I’m decrying is the laziness of people’s speech. And this is nothing new to this or any generation. With a quarter million words to choose from, why is it that so many people can only think of one adjective to describe something pleasant, or delightful, or tasty, or refreshing, or exciting, or invigorating, or comforting, or inspiring, or even terrifying? English is a pretty versatile toolbox of ways to express nuance, scale, complexity, abstraction, and feeling. And a lot of us are smarter than Frankenstein’s monster grunting “Food goooood! Fire baaaad! You awesome!”

So we should use all of our words. They’re free after all. And we should collect more and use them (correctly) in sentences.  ‘Kay?