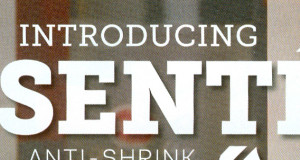 Don’t use this word. Ever.

When “introducing” is used in a headline,  it takes the average reader less than 14.2 nanoseconds to recognize that you’ve got nothing interesting to say. (I made that datum up to impress the engineers among you. Let’s just say it doesn’t take much time.) And since, in every reader’s mind,  all ads are perceived with disdain and irritation to begin with, to flag one with the death word, “Introducing,” is to insure that it will never be read…not unless it’s part of the sentence, “Introducing the best way to stick your elbow in your ear.”

(Admit it, you just tried to do that. Didn’t you?)

“Introducing” is also a gerund. Which means it’s passive. Of course, this is covered in the first hour of any community college copywriting class. But it doesn’t seem to have sunk in lately, at least judging by all this year’s crop of $4.5-million-per-30-second Super Bowl spots. If you want your ads to be read or listened to, don’t use the passive voice. Don’t use other gerunds like “celebrating” (as in  “Celebrating 50 Years of Excellence”), “innovating,” or “leveraging.” The passive voice sucks all the life out of your ads. It makes them dull. It makes them ignored. It makes you waste the $4.5 million you just spent on your Super Bowl spot.

“Introducing” betrays an amateur copywriter, without even a hint craft or talent. No professional copywriter would ever use such a lazy, lifeless verb like “Introducing.” Not in the headline. Not in the copy. Not in the script. Not in the content of a website. It’s a dead word. And it screams, “I’m a hack!” Such a hack would also not hesitate to use a phrase like “passion for excellence,” “formula for your success,” or “the difference is in our people,” in their copy.

But there seems to be much more hackitosis in advertising these days.

“Introducing” also embarrasses the client who would tolerate such a passive, lazy word in their marketing. It tells all of us, unconsciously (in 8.9 nanoseconds), that the advertiser isn’t all that enthusiastic about their product. So why should we be?

Do you ever, in normal conversation, use the word “introducing” as a predicate? When you are introducing two friends, do you say, “Liam, introducing Miyako. Miyako, introducing Liam.”? Do your e-mails and texts use that word? Then don’t write your ads using it.

Unless, of course, you have a very good reason. And a note from your editor.