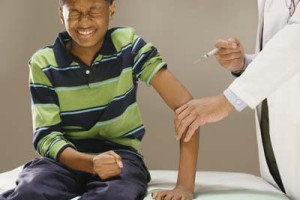 Be honest. Do any of you ever read those agonizingly composed letters from marketers that begin with the deadly phrase, “Your business is important to us…” (YBIITU)? In the first place, even if you open the envelope or the e-mail, you know what this means. It means bad news coming. They’re raising their rates; they’re closing your local branch; they’re discontinuing a service you’ve enjoyed; your frequent shopper points have expired…something bad. In other words, YBIITU means the opposite; that “your business isn’t important to us,” at least important enough to be honest upfront. And if it were that important, why would you do this bad thing to me?

YBIITU letters are examples of marketing that shoots itself in the foot. We have all, as good little Pavlovian dogs, become conditioned to regard this phrase as the buzzer before the electric shock. It’s the commercial equivalent of the equally deadly phrase in a romantic relationship, “We need to talk.” Somehow, you know that the “talk” isn’t going to be about something positive, like whether the Kings have a shot at the Stanley Cup this year. “We need to talk,” is the bell that announces the bad news coming; “I’m seeing somebody else,” “This isn’t working,” “I’m moving out,” “You’re moving out,” or “I’m going to have to raise my rates for you sleeping with me.” YBIITU is the same. It’s the wrong way to deliver bad news.

Yet the writers of these communications, while they may stay up all night carefully composing their obsequious prose, don’t seem to get what starting off with these shallow clichés does to their audience. It immediately causes the defenses to go up. The same happens when they leaven the first few paragraphs with self-aggrandizing language that extols how much the company thinks of itself, of how many customer-service awards it’s won, of its commitment to excellence. Nobody gives a damn about your customer service ratings (those are rigged anyway, we all know). We’re only scanning for the bad news you’re about to hit us with; the broken glass in the sandwich.

Well, how do you give bad news to your customers?

Be honest. Be upfront. Since your customers are already going to be wary of the contents of this letter, just cut to the chase and say right out, “It pains us, but we’re going to have to raise your rates 1.5%” Then you can explain why. But the bad news is already over, and, usually, it probably isn’t as bad as you think. It’s like when the nurse gives you a shot. The good ones just do it quick and painlessly, before you can even tense up. The bad ones talk about how it’s not going to hurt, but may “sting a bit,” and then slowly push in the needle.

Relate to your own experience as you write these letters, too. When you hear someone yammering on about all the good things you should be grateful for in doing business with them, don’t you start thinking, “This is going to be bad.”? You brace for the pain. And that amplifies it when it eventually comes, way down in paragraph #4.

Likewise, make it short. Don’t fill up the page with cant about how great you think you are. We don’t care. In fact, it makes you look like an egotistical jerk. Bad news is worse when it’s verbose. Just opening a letter with bad news sets an “off” tone for the recipient. We can smell it. And if we see hundreds of words in 10 point type, you’ve added insult to injury by requiring us to sit down to do a lot of reading. Most of us won’t anyway. We see “YBIITU” and immediately start scanning below for the sting.

So if you have a rate increase to announce, or you’re closing a store, or you’re no longer supporting some popular software, don’t take more than 50 words at most to say that. Be deferential, of course, even apologetic. But be brief and honest.